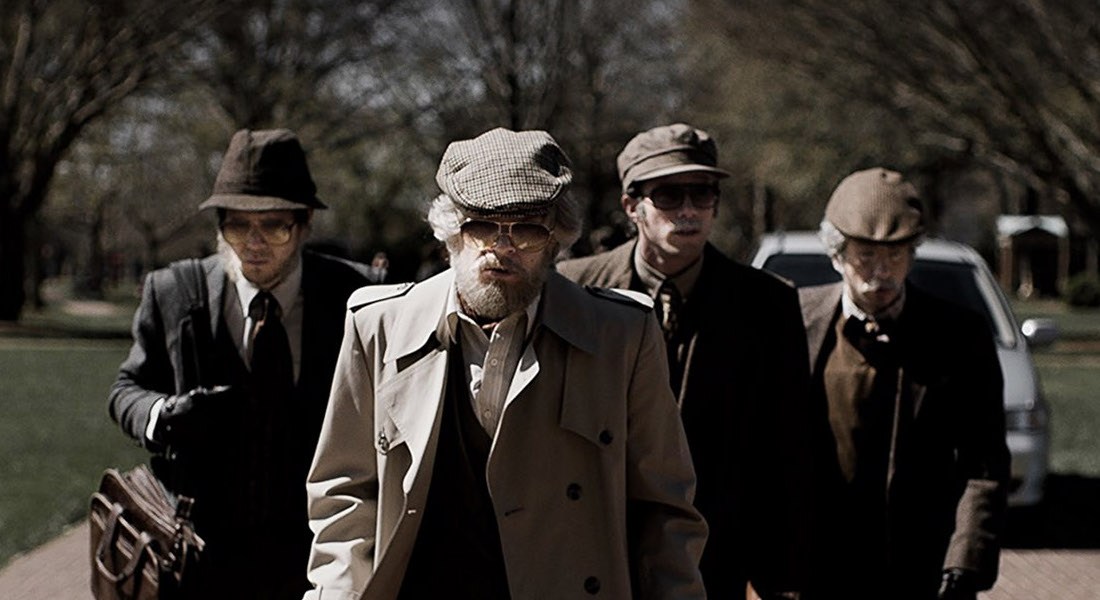 They made a movie about stealing books from the library!

Obvious comparisons to the likes of Charlie Kaufman, Errol Morris and I, Tonya will miss the point that Bart Layton’s American Animals owes more to the director’s own evolving style than anything else. Borrowing heavily from the prankster docu-drama of his own The Imposter, the film is both more playful and, at times, much more nerve-wracking than any of its influences. If it had to be forced into any one genre, it would be the Coens’ specific brand of knucklehead heist cinema. In fact, it would be easy enough to just call it a Burn After Reading knockoff but for the uneasy fact that all of this went down more or less the way it’s presented onscreen.

This is one of those films you definitely want to go into as cold as possible. Even the trailer, mercifully for once, seems to agree, selling the film more as a cool hipster robbery comedy than as the deeply weird and tragic story it actually ends up becoming. For one thing, these are — to put it mildly — some pretty dopey and unsympathetic characters we’re dealing with here, bored rich kids with nothing better to do than pop in Kubrick’s The Killing and say to each other, “We could do that.” It probably would’ve benefited them tremendously to have watched that particular film all the way to the end.

Employing gorgeous cinematography by the great Ole Bratt Birkeland and some inventive filmmaking and narrative techniques and tricks, Animals tells the true story of four Lexington college students who decide to liberate from their school library’s rare books collection Audubon’s Birds of Americaand Darwin’s On the Origin of Species, for no other reason than because they think they can probably get away with it.

Any heavier psychological or thematic relevance these two books might have found in a more fictionalized version of this story is thrown out the window as the caper ends up being more interested in the lizard-brained numb-skulled ambition of the guys involved. The inclusion of “interactive” talking-head interviews by the real gang (now in their late 30s) shows how confusing and lonely it can be to find yourself on the other side of what might have been a harmless diversion that turned into a life-changing moment once set in motion and you realize that executing the plan was another galaxy from simply talking about it.

If the film falters a bit by playing too sympathetically with its material in the home stretch after a shocking act of violence should negate that instantly, it’s only because there’s the burden of these guys actually being funny and easy to watch to contend with as the story initially gets going. Had the film simply turned on its characters after that point, it would have rung false after a pretty much note perfect tonal execution. But that’s where the Burn After Reading comparison comes back to mind. After it’s all over, you’ll probably find yourself asking, “What did we learn from all this?” As that film would answer, “Not to do it again.” American Animals refuses to answer for itself, and these guys, while funny, aren’t good guys. They simply are who they are. And this is just something that happened.